← Don’t Steal Shit: Let’s Talk About Choreo Credit
The Cost of Being a Pole Instructor →

Not Everything Has To Be Sexy

We’re about 3 months from Halloween, and if you’re a committed costumer, you might be considering what you’ll be wearing.

Personally? I am not a Sexy [insert inane persona here] person. This is a photo of me, from last Halloween, with my friend Courtney, who made a great Sexy Mermaid: 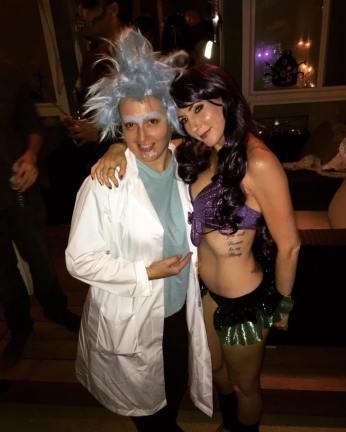 She’s a babe all around, and her costume was great! (I was Rick from Rick & Morty. It was a joint costume with my husband, who played Morty. Photo at end of piece.)

A part of me wishes I felt comfortable in an outfit like Courtney’s. I never have. I don’t like having that much of myself on display, and that’s just my personal thing – I don’t mind if anyone else does it. More power to them. I have only dressed up as sexy anything once, when I was part of a group costume with two other friends: Sex, Drugs, and Rock & Roll. I got stuck with Sex, and I wore the outfit, but I was generally miserable. My favorite part of the costume was the faaaaaaabulous floor-length velvet jacket I borrowed from a Hollywood Wardrobe Stylist. I am really sad I couldn’t keep it. It was a goth dream.

I generally find sexy costumes to be mostly innocuous, occasionally really fun & cute (my friends dressed up as Sexy Minions last year, and it was adorable), with a few exceptions – notably, anything that falls under cultural appropriation pisses me off. Be a Sexy Banana, cool, but do you need to be a Poca-hottie? No. Full stop. That’s someone’s heritage. Not cool.

Why am I talking about this? Because I recently came across this travesty of an idea: Sexy Handmaid.

Now, that photo and the link above are from a satirical piece (thank god), BUT: the best satire is always rooted in reality, and I guarantee that we will see Sexy Handmaids this Halloween.

That’s like dressing up as Sexy Sally Hemmings, or – as the satirical piece mentions – Sexy Anne Frank.

If you have not read or watched The Handmaid’s Tale, let me enlighten you: the Handmaids are rape victims. They are sex slaves. They have no bodily autonomy. They don’t even have their own, actual names – they are given the names of the men who own them, i.e. Offred = Of Fred.

To dress up as a sexualized version of these women – even though they are fictional characters – is a smack in the face to any person who has experienced sexual violence, rape, assault, etc.

I understand the concept of trying to reclaim ownership of something for feminist purposes, and I can see where someone might consider this costume an attempt at subverting a misogynist idea, but here’s the thing: you’re still sexualizing a victim of violence while pretending to be that victim. The story within The Handmaid’s Tale is scary as hell – scarier to me than any horror movie – and by trying to transform those characters into something different – lighter, sexier – you contribute to it, rather than fight against it.

I’m a big proponent of women reclaiming their sexuality/sensuality, and I’ve spoken at length about how I believe pole can do that for women who are disenfranchised from their sexual power (and I doubt it’s only women who can experience it). I also believe that this can be achieved by other means, not just through pole. I think women can dress up as Sexy Whatevers if it allows them to feel that they have agency and bodily autonomy and ownership of their sexuality. But with that, comes the responsibility of recognizing that some shit should be left alone. In the end, being clever at the expense of others isn’t all that clever, and there are better ways to fight the patriarchy than dressing up as a “Sexy Indentured Manual Servant” (as the satirical article calls it). 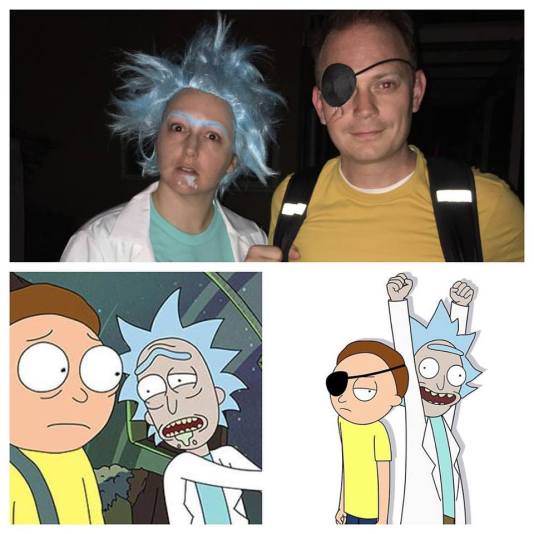 ← Don’t Steal Shit: Let’s Talk About Choreo Credit
The Cost of Being a Pole Instructor →

Leave a Reply to The Paperback Princess Cancel reply